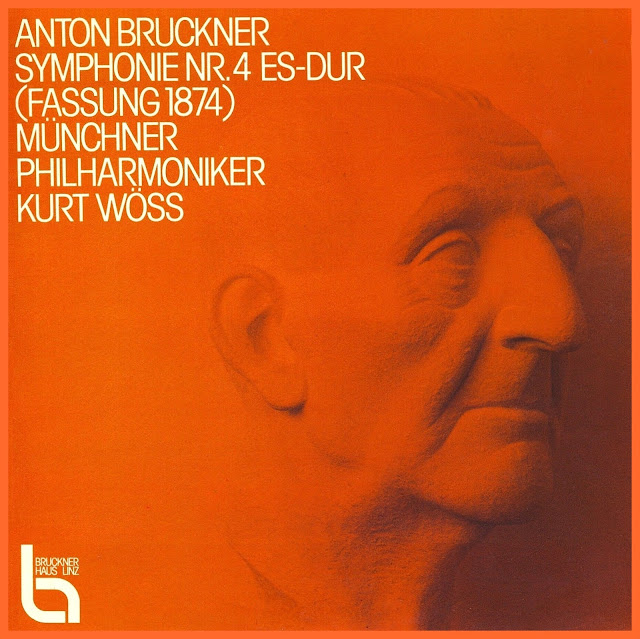 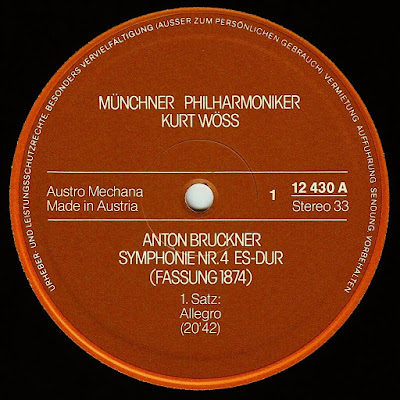 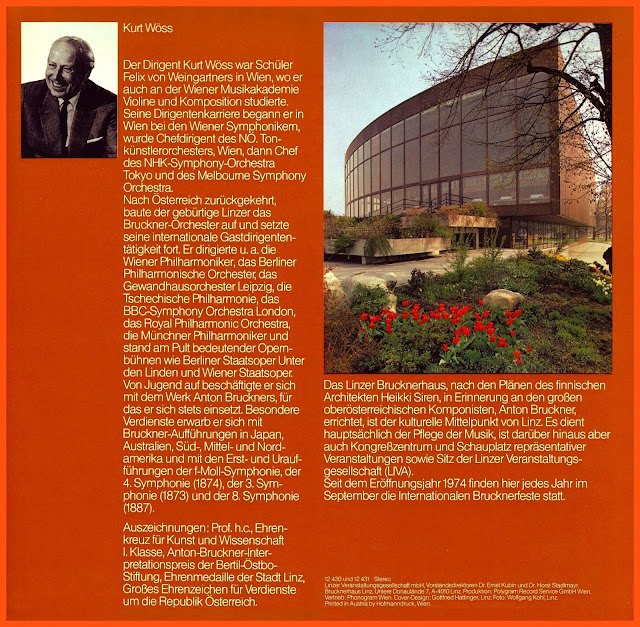 Concerning the life and career of the conductor and musicologist Kurt Wöss (1914-1987), see this illustrated article:

"Kurt Wöss was born in Linz in Upper Austria on May 2nd, 1914. His formal musical education took place at the 'State Academy of Music and the Performing Arts' in Vienna were he studied under the university professors Egon Joseph Wellesz (Austrian-English musicologist and composer who himself had studied under Arnold Schönberg and Guido Adler), Robert Lach (musicologist-composer), Alfred Orel (who, like Wellesz, studied under Guido Adler), and he studied with musicologist Robert-Maria Haas (who is famous for the restoration of the Bruckner Symphonies). Robert-Maria Haas influenced Wöss to a great extent.

In addition he studied as a private student under Felix Weingartner (his subjects were violin and composition) and this is significant for the way Wöss developed his style of conducting. Wöss was not only noted for his musical perception and exactness of interpretation, he also had a remarkable memory and it is said that he conducted most (if not all) classical works that were on his repertoire without a score. His repertory was extensive and ranged from J. S. Bach to the more contemporary Béla Bartók."