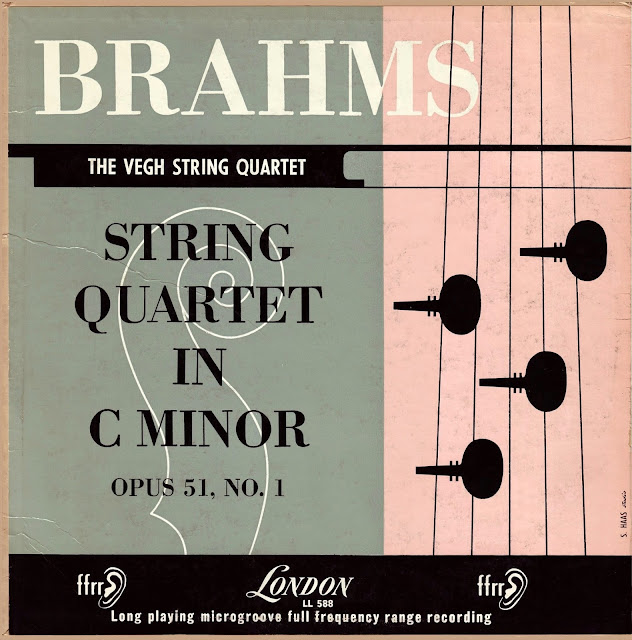 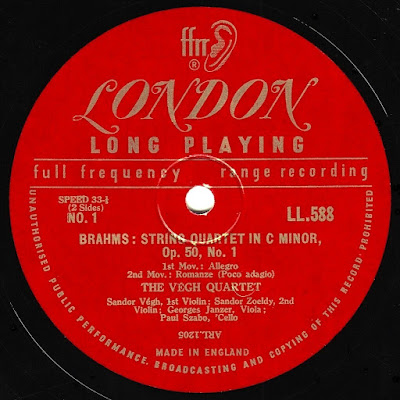 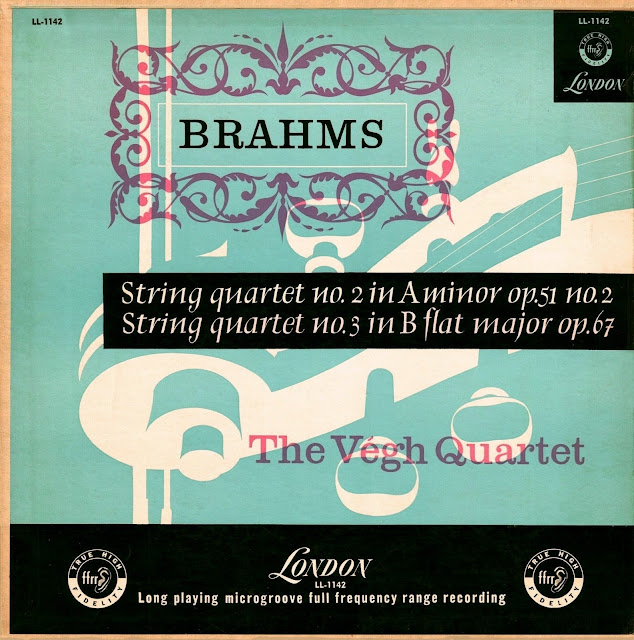 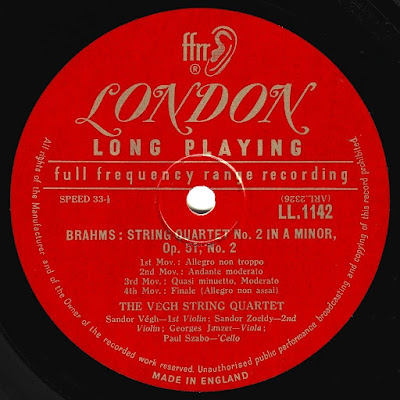 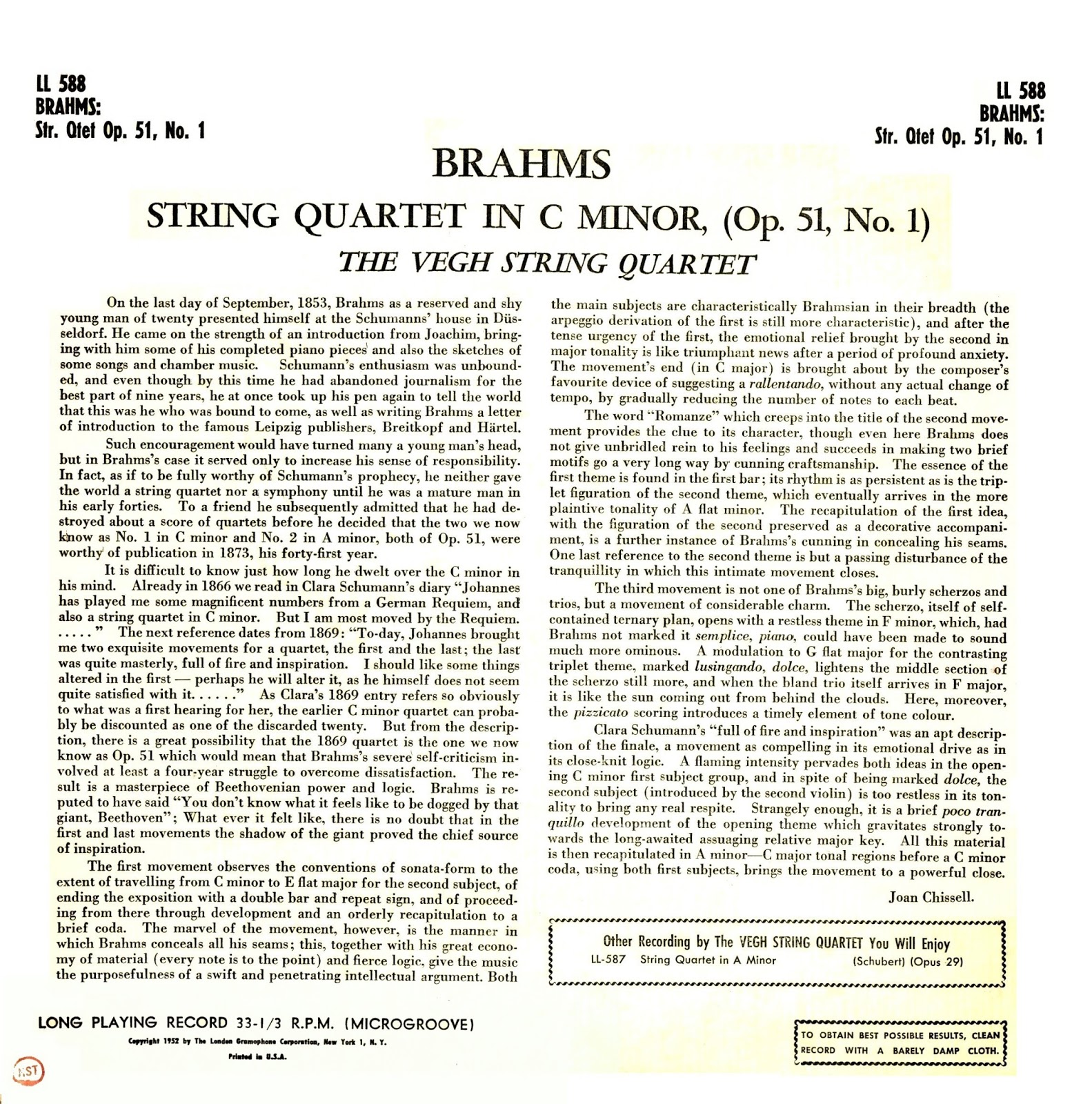 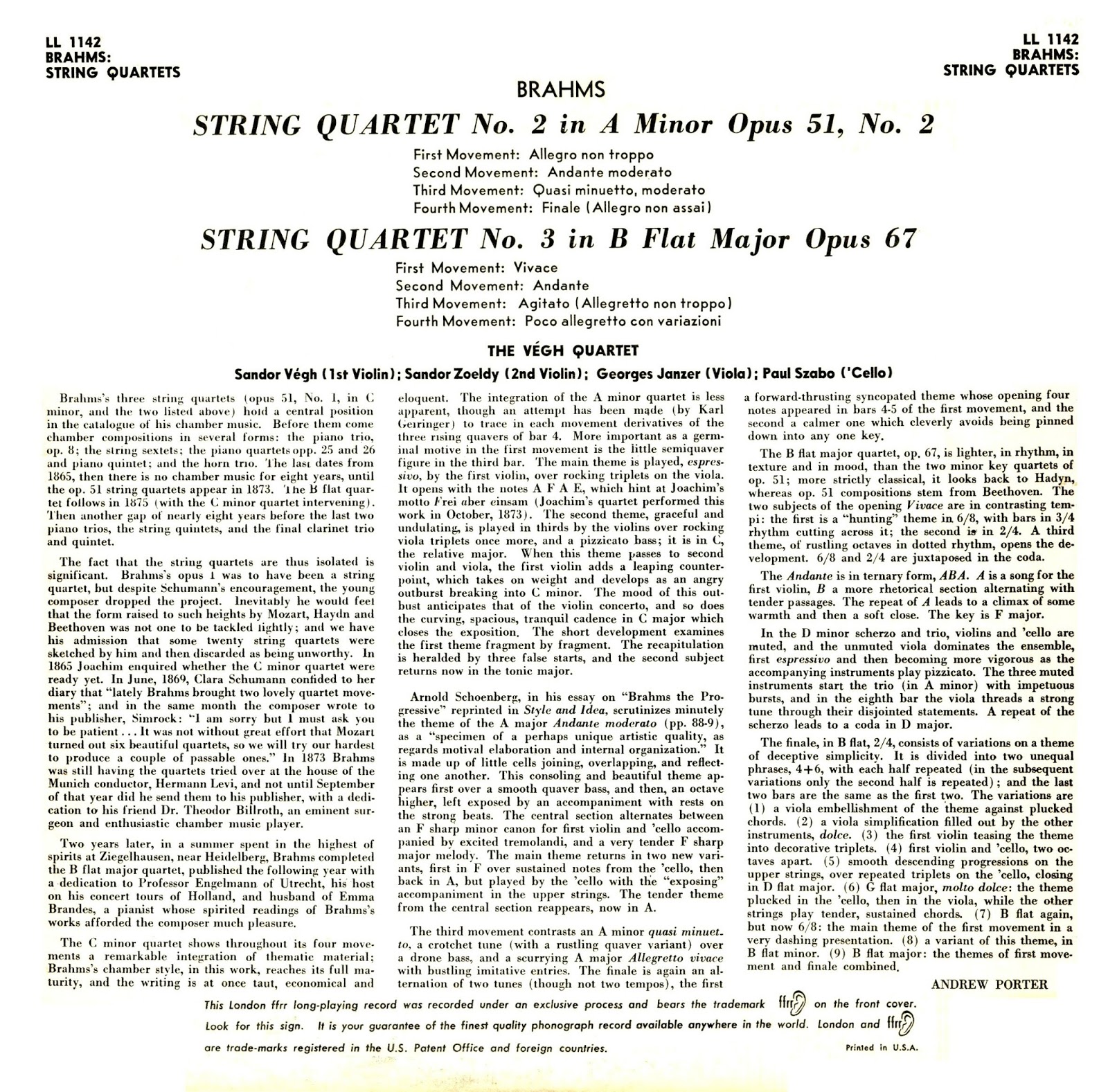 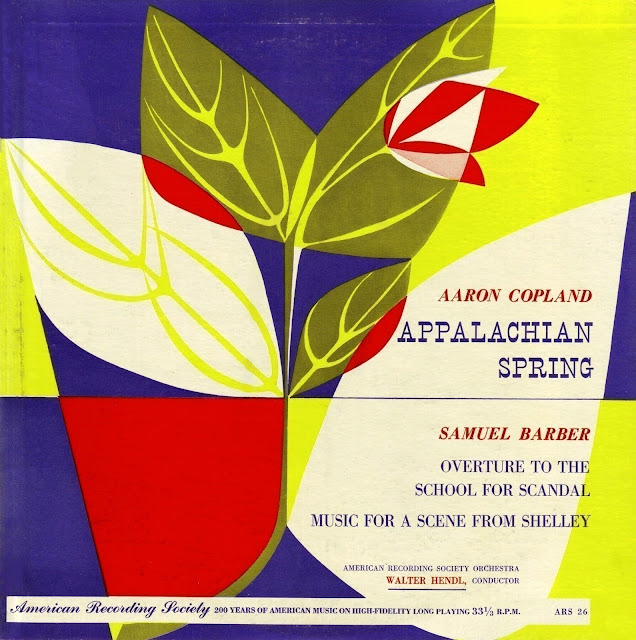 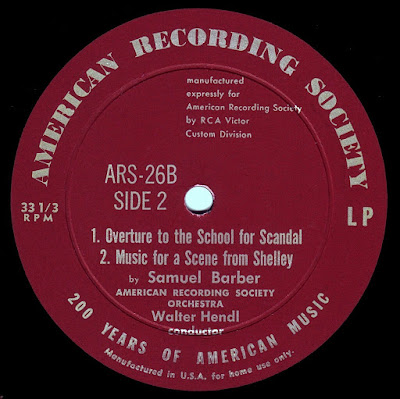 Samuel Barber
Overture to "The School for Scandal" (1933) 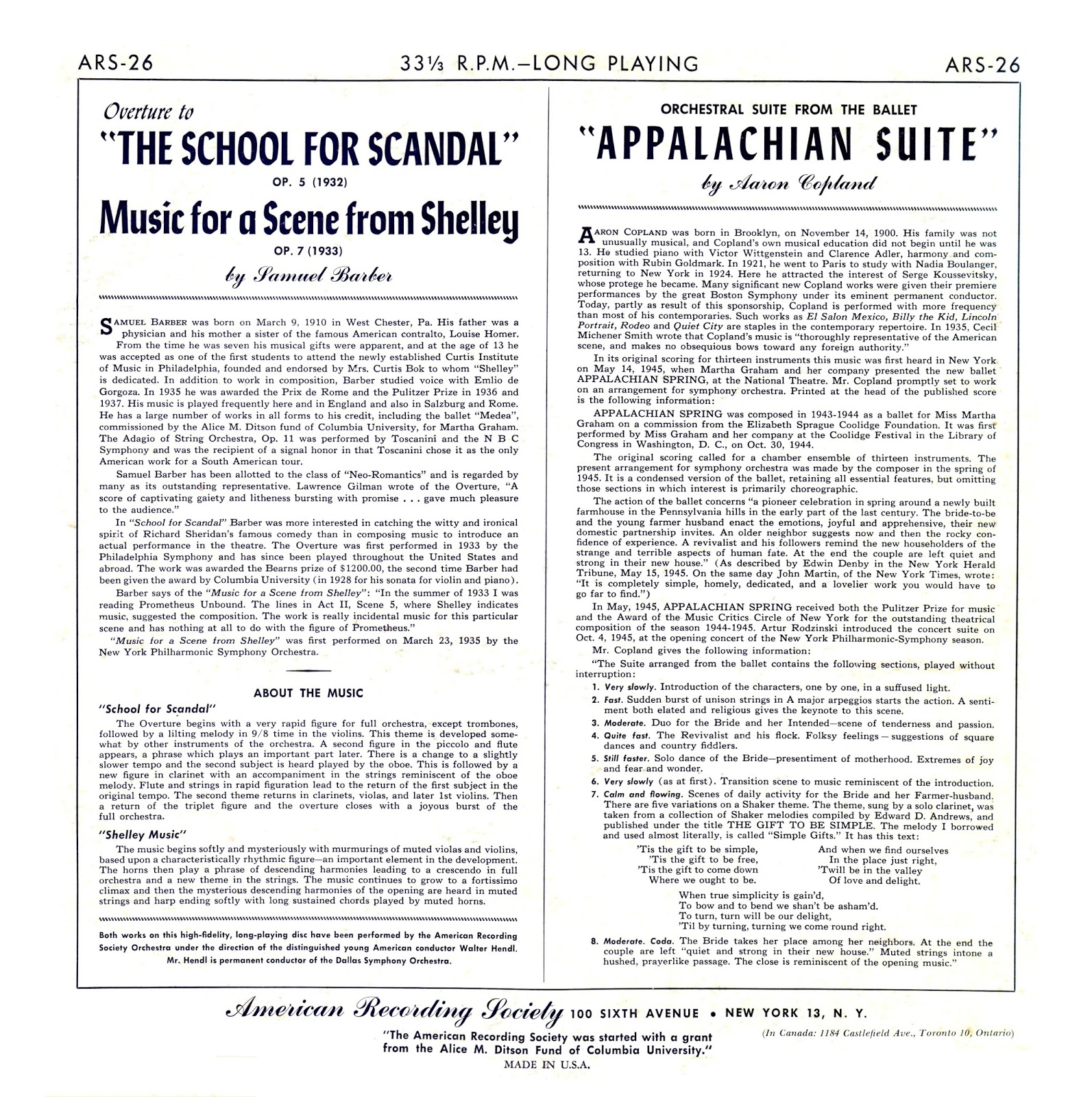 
Sorrow sharpens the understanding and strengthens the character, whereas happiness seldom troubles about the former, and only makes for weakness or frivolity in the latter.


With all my heart I hate that narrow-mindedness which makes so many wretched people believe that what they think and do is best, and that everything else is worthless. One thing of beauty, it is true, should inspire a man throughout his life, yet the gleam of this single inspiration should illuminate everything else.


No one to feel the other's grief, no one to understand the other's joy! People imagine that they can reach one another but in reality they only pass one another by. Oh misery for him who realizes this!


All that I have created is born of my undertanding of music and my own sorrow: that which is engendered by grief alone seems to please the world least of all.


Man comes into the world armed with faith, which is far superior to knowledge and understanding: for in order to understand a thing, one must first of all believe in it. Faith is the high fundament in which the weaker intellect erects the first pillars of conviction.


Reason is nothing more than analysed belief.


O imagination! Man's greatest treasure, inexhaustible source at which both Art and Learning come to drink! O remain with us, though recognized and venerated only by the few, so that we may be safeguarded from so-called enlightenment, that hideous skeleton without flesh or blood.


Enviable Nero! You were strong enough to destroy a corrupt people with the sound of stringed instruments and with song!

Libretto by Gertrude Stein
(Abridged by the Composer)

"Please do not try to construe the words of this opera literally or seek in it any obstruse symbolism. If, by means of the poet's liberties with logic and the composer's constant use of the simplest elements of our musical vernacular, something is here evoked of the childlike gaiety and mystical strength of lives devoted in common to a non-materialistic end, the authors will consider their message to have been communicated." 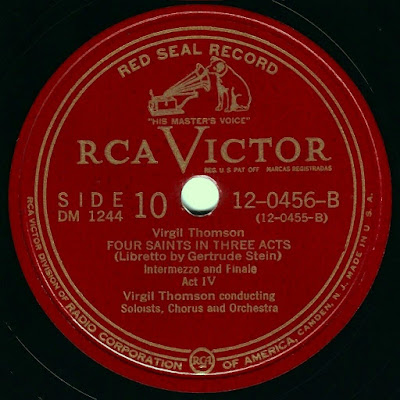 CHORUS I, II
One at a time regularly regularly by the time that they
are in and and in one at at time.
SAINT CHAVEZ
The envelopes are on all the fruit of the fruit trees.
COMPÈRE
Scene Two.
SAINT CHAVEZ
Remembered as knew.
SAINT IGNATIUS
Meant to send, and meant to send and meant meant to
differ between send and went and end and mend and
very nearly one to two.
AINT SETTLEMENT
With this and now.
SAINT PLAN
Made it with with in with withdrawn.
COMPÈRE
Scene Three.
COMMÈRE
Let all act as if they went away.
COMPÈRE
Scene Four.
SAINT PHILIP
With them and still.
SAINT SETTLEMENT
They will they will.
SAINT TERESA I
Begin to trace begin to race begin to place begin and
in in that that is why this is what is left as may may
follows June and June follows moon and moon
follows soon and it is very nearly ended with bread.
SAINT CHAVEZ
Who can think that they can leave it here to me.
CHORUS I, II
When this you see remember me. They have to be.
They have to be. They have to be to see. To see to
say. Laterally they may.
COMPÈRE
Scene Five.
COMMÈRE
Who makes who makes it do.
CHORUS I, II
Saint Teresa and Saint Teresa too.
COMMÈRE
Who does and who does care.
CHORUS I, II
Saint Chavez to care.
COMPÈRE
Saint Chavez to care.
COMMÈRE
Who may be what is it when it is instead.
SAINT TERESA I AND SAINT IGNATIUS
Saint Plan Saint Plan to may to say to say two may
and inclined.
COMMÈRE
Who makes it be what they had as porcelain.
COMPÈRE
Saint Ignatius and left and right laterally be lined.
ALL
All Saints.
COMMÈRE
To Saints.
ALL
Four Saints.
COMMÈRE
And Saints.
ALL
Five Saints.
COMMÈRE
To Saints.
COMPÈRE
Last Act.
ALL
Which is a fact.