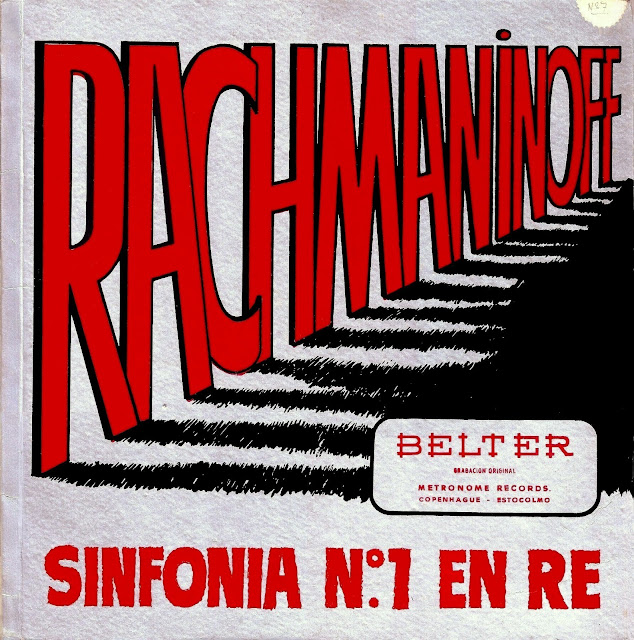 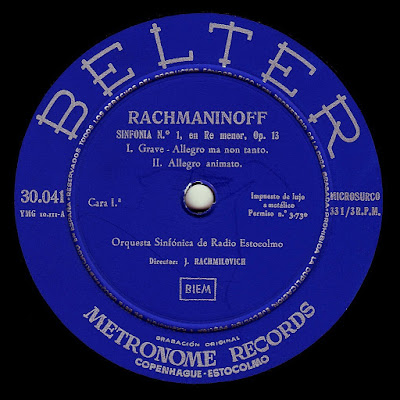 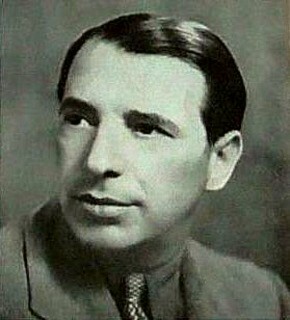 
A short biography of the conductor:

Jacques Rachmilovich was born in Odessa* on October 8, 1895. He studied composition and conducting at the St. Petersburg Conservatory, making his debut there in 1921. After immigrating to the US in 1925 and settling in Southern California in 1945, he organized the Santa Monica Symphony Orchestra, which he directed until 1948. A brilliant protege of Arturo Toscanini and Albert Coates, he made numerous appearances as a guest conductor both in the US and abroad, and specialized in both Russian and modern music. Rachmilovich died while travelling on the Italian ship “Giacomo” en route from Italy to the US on August 14, 1956. He was buried in the Strait of Gibralter.

This 1951 recording Rachmilovich made with the Stockholm Radio Symphony Orchestra may be the first commercial recording of Rachmaninov's 1945 restored score (while Eugene Ormandy had already conducted the Philadelphia Orchestra in a televised performance of this work on March 19, 1948).


Poet Anna Akhmatova was born in Bolshoy Fontan near Odessa. The city has produced many writers, including Isaac Babel, whose series of short stories, Odessa Tales, are set in the city. Other Odessites are the duo Ilf and Petrov, and Yuri Olesha. Vera Inber, a poet and writer, as well as the famous poet and journalist, Margarita Aliger were both born in Odessa. The Italian writer, slavist and anti-fascist dissident Leone Ginzburg was born in Odessa into a Jewish family, and then went to Italy where he grew up and lived.” 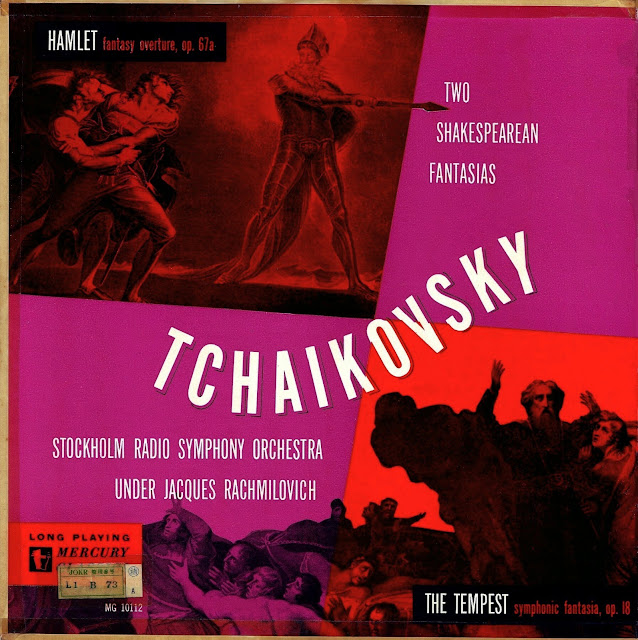 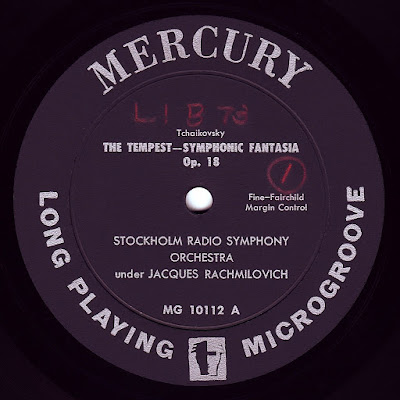 A FEW NOTES ABOUT THIS "BLOG":

Up to this point in time, this space is not one I've seriously pursued as a "form" as many others have done (some in very outstanding and extremely valuable ways ... or something less, as the case may be).

This has been a space I've occasionally put things I don't want to disappear. One will also find restorations of 78 rpm and long playing (LP) historical recordings I've made – which represent a kind of proof that I don't despise all of the technical progress made in the digital realm (OK – with the definite exception of commercial music CD's ... to my mind the single greatest rip-off in the history of recorded sound ... a very unfortunate development which, on the other hand, I'm happy to say that some listeners are now beginning to catch on to). In fact, this kind of restoration was exactly what I wanted to accomplish when I was a teenager with my long playing records – except that the technical means were simply not there yet. But now they are thanks to a retired mathematician in Australia:

(Only please keep in mind that some of these restorations were "tests" when I made them – or "works-in-progress" – and may not reflect what I'm doing presently in this area in terms of sound, etc.)


Plus an account of – including scans from – a forgotten book: The First World War: A Photographic History – edited and published in 1933 by Laurence Stallings (1894-1968), playwright, screenwriter, novelist, literary critic, and journalist:


There are also 71 Drawings (Letters From Nowhere):